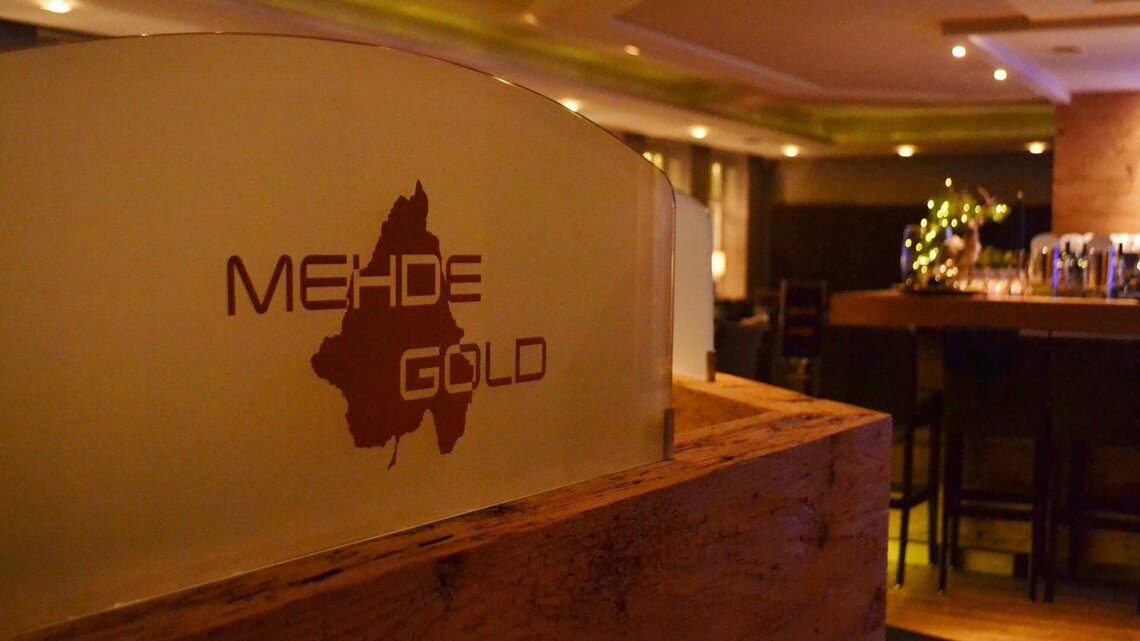 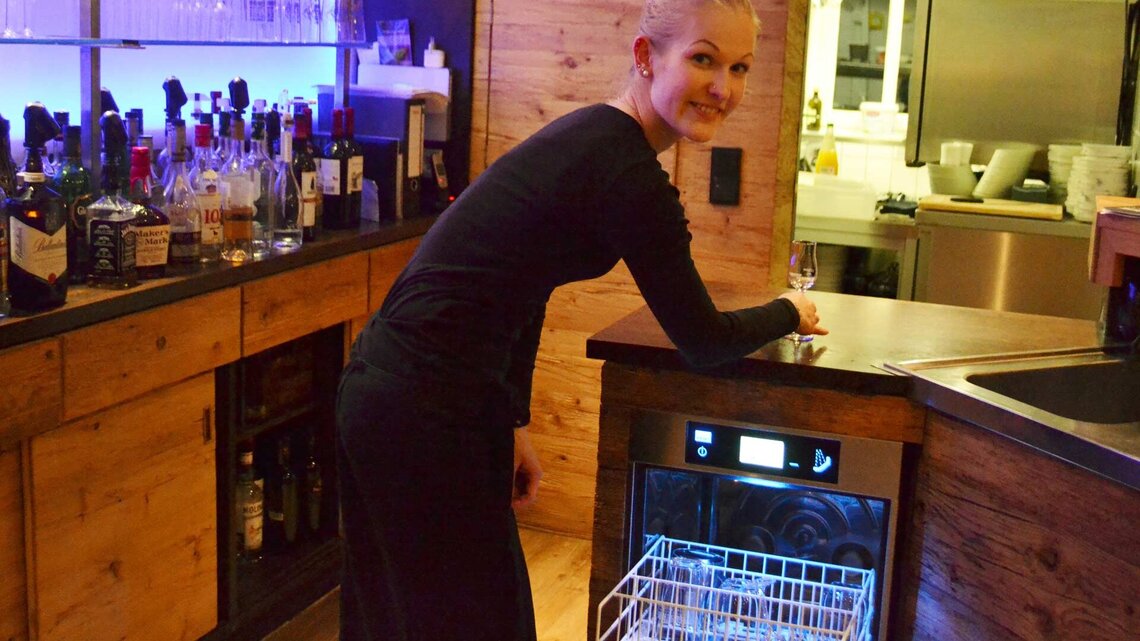 compact glasswasher for under the counter 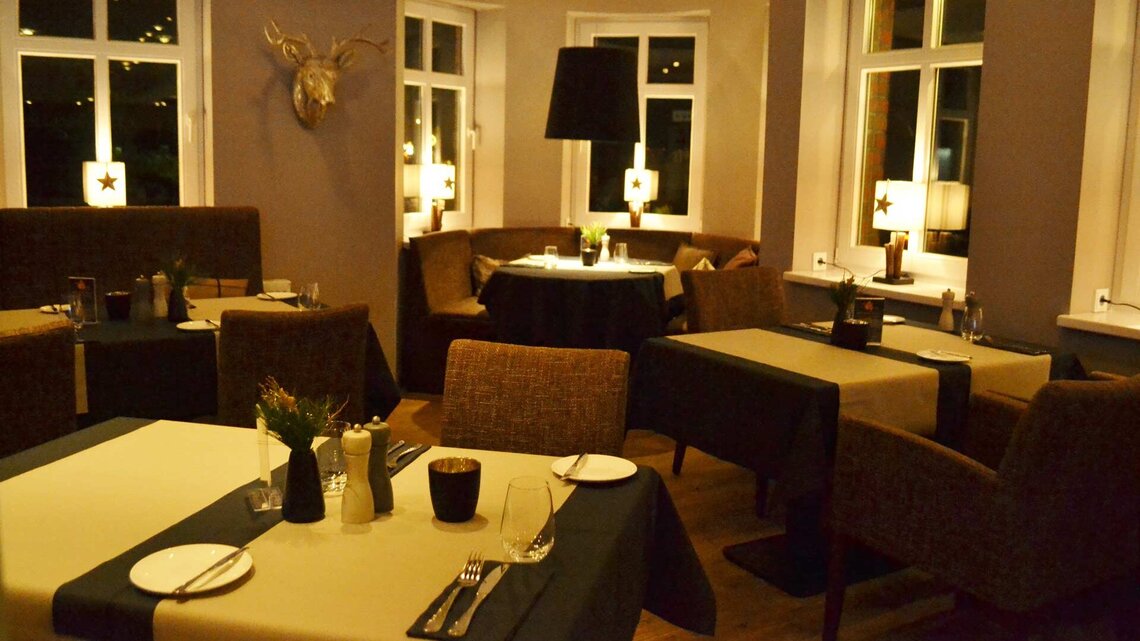 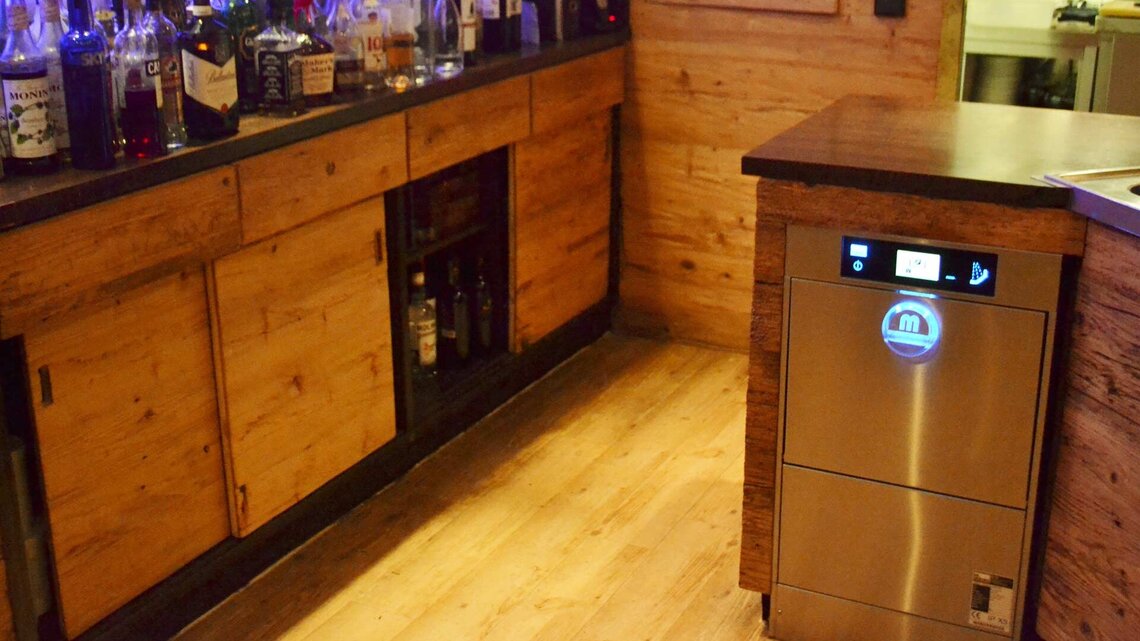 large M-iClean dishwasher in the kitchen 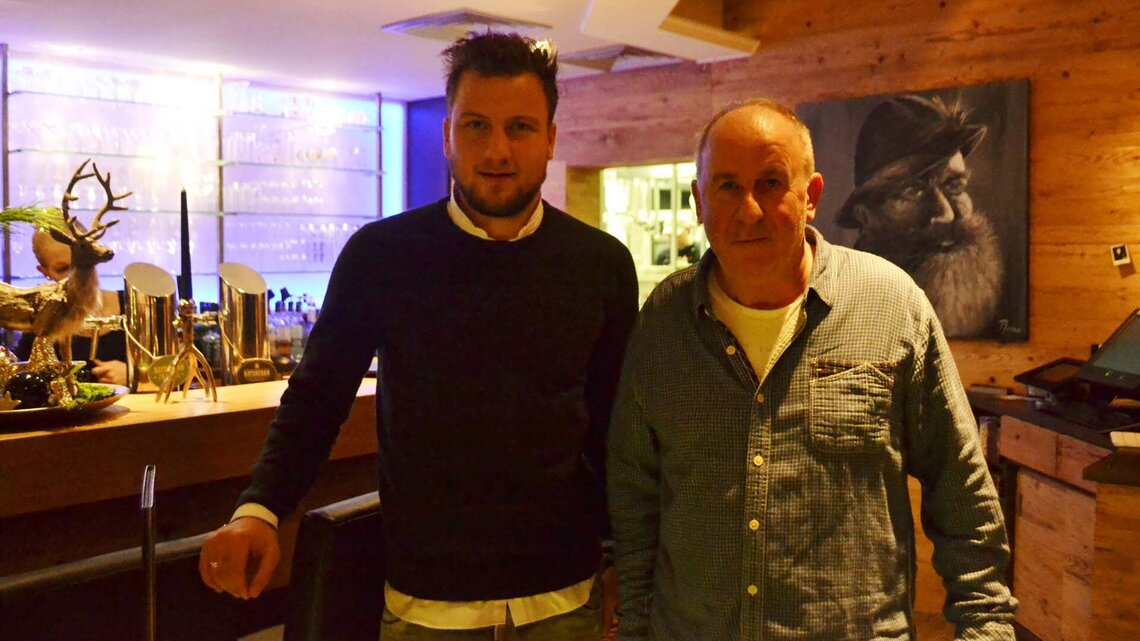 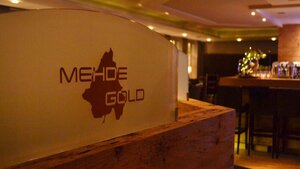 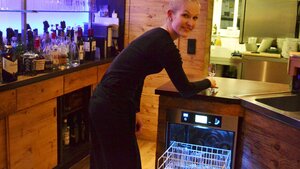 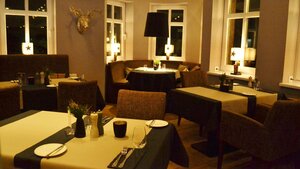 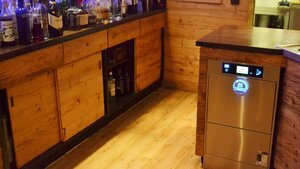 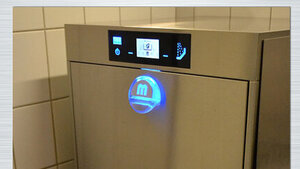 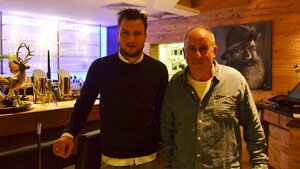 Striking gold of dishwashing technology on the river Mehde

The ‘Mehde Gold’ restaurant is the jewel in the crown of Zeven, a town in northern Germany. This haven of gastronomic delights has been an insider tip ever since it first opened next to the Mehde River in the spring of 2015. It is owned by professional footballer Philipp Bargfrede (Werder Bremen) and Hamburg-based Matthias Harms (www.harmsfood.com) who occasionally book a table there themselves to sample their ‘own’ culinary treats.

“We love food, and the better it is the more we enjoy it!” says Philipp Bargfrede, explaining how the idea for the restaurant came up when he and his friends were having a barbecue. The passion of these two ‘amateur food connoisseurs’ led to the development of a new concept in Austria which is genuinely unique. The menu features top-quality Alpine specialities and globally inspired dishes, producing a combination of hearty yet exceptional culinary creations. The idea was that it should be refined but not aloof. “We serve a number of specialities which you can’t get anywhere else around here,” says Philipp Bargfrede, explaining a philosophy that aims to provide good food whatever your tastes and budget.

The dominant design feature in Mehde Gold is natural wood from Austria, reminiscent of romantic cabins and lodges, but with a modern touch. “We were determined to create a pleasant, feel-good atmosphere,” says Bargfrede, describing the character of the restaurant which seats 80 people in an undeniably cosy setting.

New dishes are regularly added to the menu, and word is spreading fast. But does having a famous name pull in new customers? “I play more of a low-key role,” Bargfrede confesses. “We’re more interested in focusing on the food and the quality of the dining experience – that’s what we hope will impress people. But obviously if somebody asks me about football then I’m happy to oblige!”

Customers can enjoy Mehde Gold’s culinary delights at lunchtimes and in the evenings. The hub of the restaurant is the well-equipped kitchen which was designed by Werner Lüdemann and his team of planners at PGS GmbH and kitted out by the company Werner Lüdemann GmbH (Grasberg). Customers will appreciate the high quality, skilfully orchestrated refinements such as the beautiful crockery, cups and silverware as well as top-quality glassware of just about every shape and size. Gentle yet efficient dishwashing is therefore a crucial part of running the business. “We decided to equip Mehde Gold with two M-iClean warewashing machines from Meiko,” says Werner Lüdemann. “A glasswasher with a reverse osmosis system in the bar area and a larger yet still compact warewasher in the kitchen area.

The outstanding glasswashing abilities of the M-iClean undercounter machine have caused a particular stir behind the bar. The stylishly designed machine with its LED display fits the setting perfectly and produces sparkling clean results. “The M-iClean is remarkably user-friendly because everything is so intuitive,” says restaurant manager Malte Ohrenberg, adding that the built-in reverse osmosis unit also offers major benefits. “It takes the strain off the serving staff because we no longer have to polish glasses after they’ve been washed. That’s a huge bonus and something we have no intention of giving up!” As an assistant sommelier and beer specialist, Ohrenberg is all too aware of the importance of clean glasses. “I believe that sparklingly clean glasses are the most important thing in a restaurant,” says the restaurant manager emphatically. “We use gloves at every stage of the process, from emptying the machine to setting up the glasses on the table.” So it’s goodbye to fingerprints – and the glassware is still as clean and hygienic when it reaches the diners as it was when it left the machine. Ohrenberg is certainly pleased with the results: “We’ve never had a complaint and we’re very satisfied with the cleaning results.”

And they are equally happy with the M-iClean’s bigger sibling, which works behind the scenes washing crockery, cutlery and all the kitchen equipment. It washes thousands of items of ware a week – including pots, pans, ladles etc. – and offers the same impressive savings on energy, water and detergent as its smaller counterpart. “We made a good choice with both machines,” says Ohrenberg. “They run beautifully and get great results.”

Check out www.mehdegold.de for more Details.